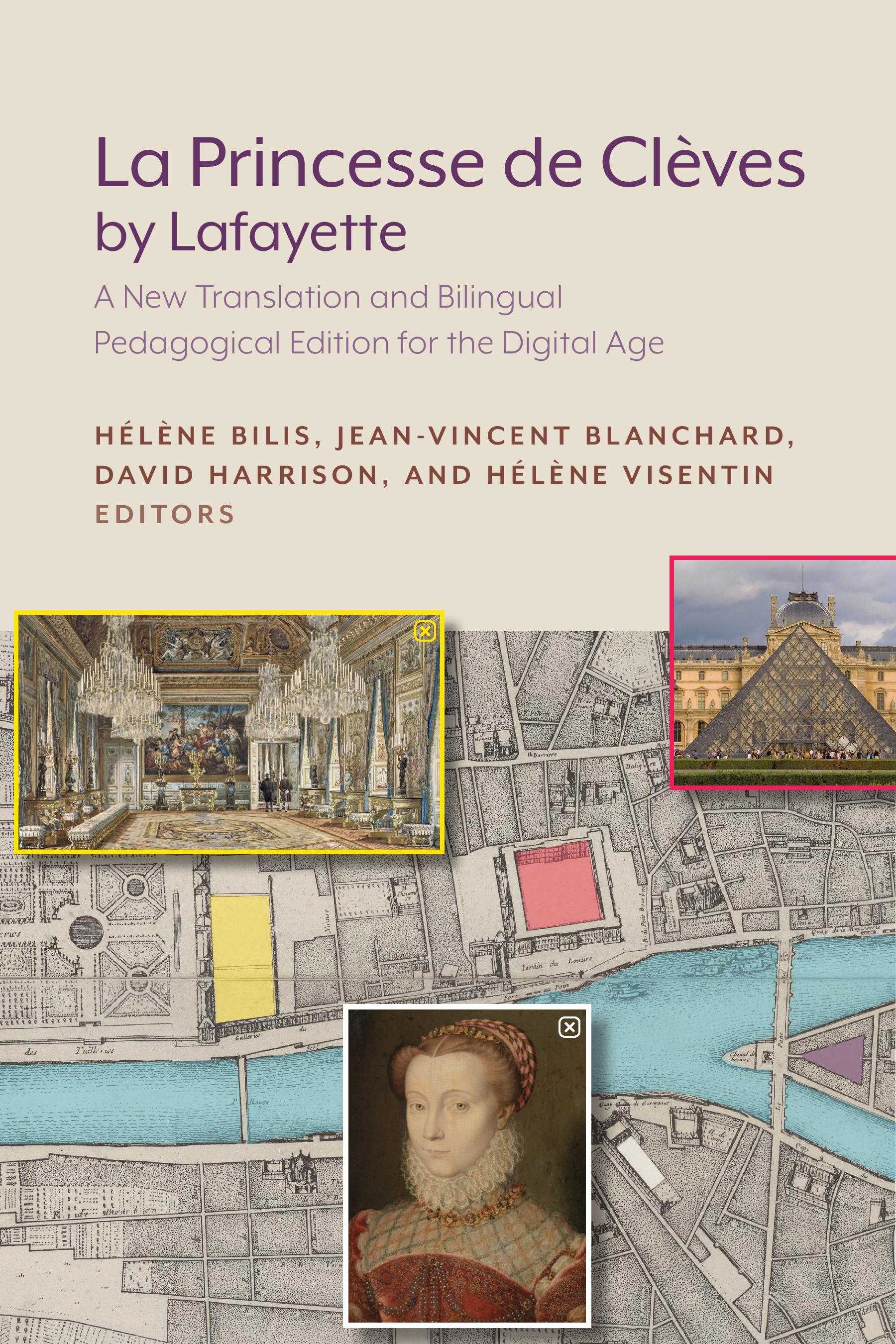 La Princesse de Clèves, written in 1678 by Marie-Madeleine Pioche de La Vergne, comtesse de Lafayette, is frequently considered the first modern French novel and a key text in the history of European literature. The artistic complexity of La Princesse de Clèves calls for making the work available to English-speakers and undergraduates in a new edition: one that immerses readers in the cultural and intellectual worlds of Lafayette, with direct access to period documents, portraits, maps, dictionary definitions, and journalistic debates; one that outlines contemporary polemics and scholarship with video interviews of Lafayette scholars; one that invites new readers and fresh discoveries by using the analytical tools of the Digital Humanities.

This new edition and translation foregrounds French literary and linguistic content to encourage students’ active engagement in the reading. This approach helps foster an awareness of how technology actively shapes the ways in which we think ‘through’ and ‘in’ a language. Interactive paragraphs and lexical definitions encourage readers to move with ease between the French and English texts. Accompanying didactic essays empower readers to reflect on Lafayette’s vocabulary and on practices of translation more broadly. The edition also offers pedagogical dossiers and a variety of innovative resources influenced by the Digital Humanities, such as linked historical images and maps, word mining exercises, spatial mapping and social network analyses. In addition to overviews of Lafayette’s milieu and adaptations of La Princesse de Clèves, this edition also include excerpts from the rarely-translated letters published in an early modern gazette in response to the novel. These features enable a new generation of readers to grasp the seventeenth-century public’s reaction to Lafayette’s work. They also constitute a wide range of resources for teaching and exploring La Princesse de Clèves in twenty-first century courses.

The pedagogy of modern languages, cultures, and literatures is undergoing profound shifts on American campuses. The ways that students read, conduct research, and share ideas have been transformed by digital technologies. The digital interface and accompanying approaches encourage a return to the fundamentals of close reading practices as the value of slow reading is emphasized, while also encouraging an awareness of the alternative modes of reading (“distant,” bilingual, collaborative, non-linear) in which one can engage. In a world in which learning can suddenly and unexpectedly shift to an all-remote format, the importance of digital texts—especially carefully edited classic works—has become increasingly clear and should be central to discussions regarding the shape of the humanities today. The edition aims to use these transformations to engage students in a creative and collaborative encounter with Lafayette’s early-modern French classic in an easily navigable format. Such an encounter will broaden students’ understanding of the Digital Humanities, which in North America has often tended toward monolingualism, to promote their sense of participation in a global, multilingual inquiry. This new edition of Lafayette’s celebrated novel provides new lenses for investigation with the goal of speaking the common language of humanistic inquiry while also highlighting the specificities of French language and culture.

Jean-Vincent Blanchard is Professor of French Studies at Swarthmore College, where he also currently serves as Associate Dean of the Faculty for Academic Programs. He has written extensively in the field of seventeenth-century French literature and history, including Éminence: Cardinal Richelieu and the Rise of France (Bloomsbury, 2011). He is co-leader of a grant from The Andrew W. Mellon Foundation to support humanities-faculty leadership development and he is preparing a study of the architectonics of power in Louis XIV’s France.

Hélène Visentin is Professor of French Studies and Associate Dean of the Faculty and Dean for Academic Development (2020-2023) at Smith College. She is the editor of three scholarly editions of seventeenth-century plays—La Descente d’Orphée aux Enfers by Chapoton (Presses Universitaires de Rennes, 2004), Les Sosies by Rotrou (Société des Textes Français Modernes, 2005), and Andromède by Corneille (Classiques Garnier, forthcoming). A synthesis of her longstanding work on machine theater appears in The Oxford Handbook of the Baroque (Oxford University Press, 2019) and the volume Options for Teaching French Neoclassical Tragedy (MLA, 2021), among other publications.